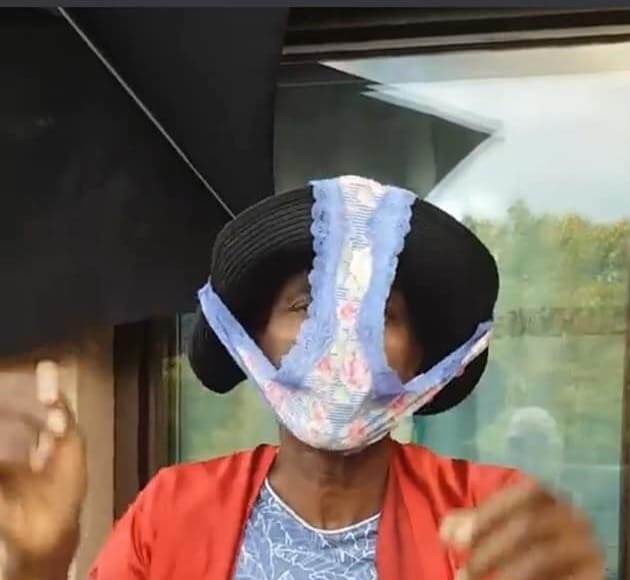 Deejay Eek-A-Mouse has taken his cry for help to new levels or is it his cry for attention? Somebody sent me the above pic and asked if I knew what was going on with the deejay.

The Deejay is now crossdressing and has seemingly come out of the closet as a member of the gay community.

That in itself is not what is making me wonder if he is having mental issues, it is the stunts he is pulling off.

I have always believed there are many dancehall artistes who are closet homosexuals.

This type of behaviour from eek-a-mouse doesn’t seem like someone coming out of the closet but someone who wants attention.

The mouse is one of the old school ruff neck deejays that have come out od dancehall. He has many hits and has travelled the world because of them.

The sudden switch up in demeanour and now we see him walking around with panties on his head is rather puzzling.

Eek-a-mouse is reminding me of people who I have seen lose their sanity over the years. At first, we thought they were just trying to be funny until it was too late.

It is important that the mouse makes it clear to the people what is going on here. Is he having some sort of breakdown like Britney Spears had when she cut off her hair and became a tomboy for a short spell? or is he just super gay now and is making up for lost time?

I think Eek-a-mouse owes that much to his fans. That way we can know whether to let him be in this new world of cross-dressing and panty on head phase or get him the help he might need.

Sometimes people cry out for help in different ways. I just don’t get why a man who is now accepting that he is gay would need to go down these roads to prove it.

Politricks Watch was started to highlight and expose a lot of the lies we are fed as a society. News and Politics are our bread and butter but we also speak about various parts of the culture such as Music, Sports, etc.
Contact us: politrickswatch@gmail.com